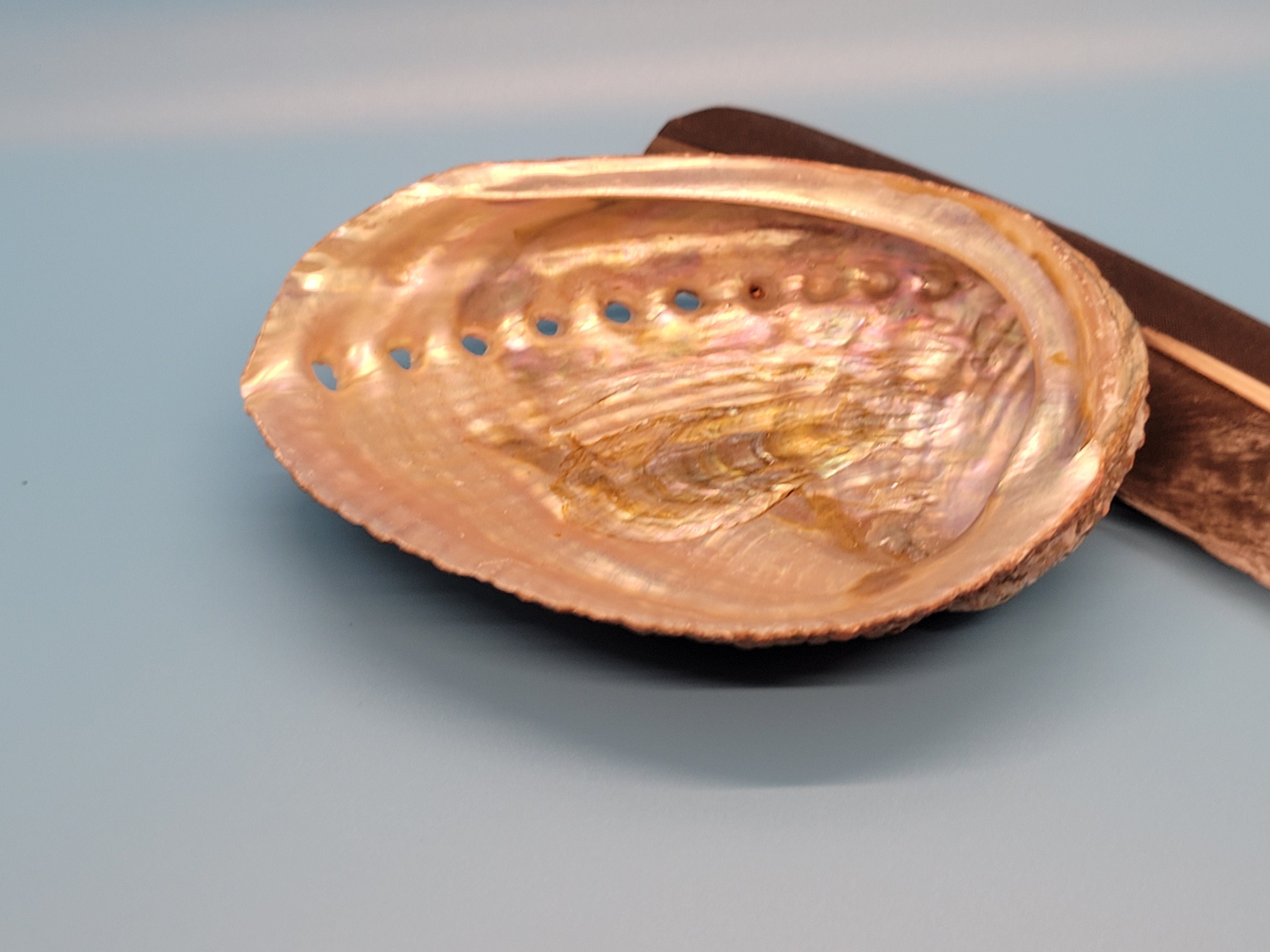 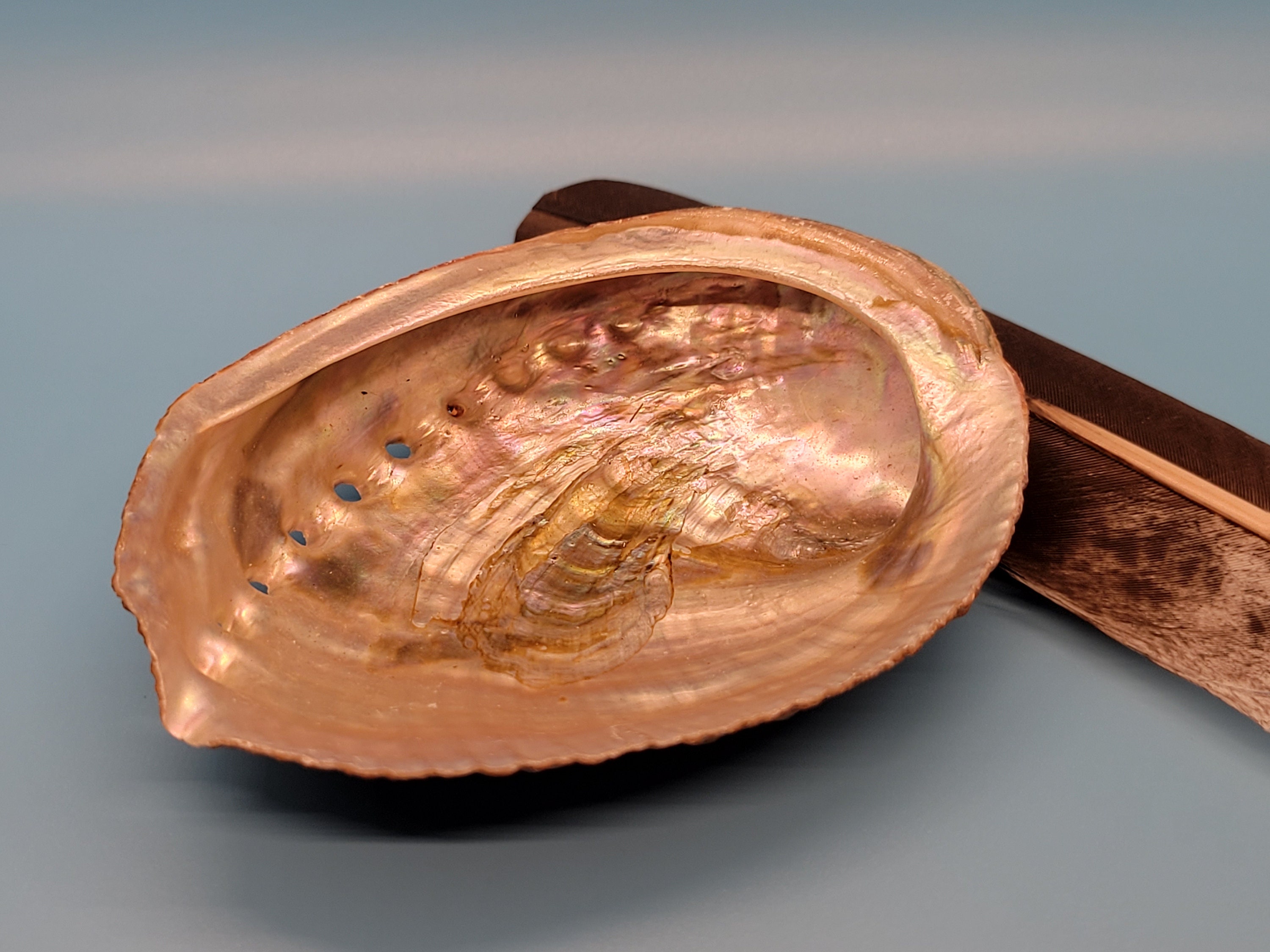 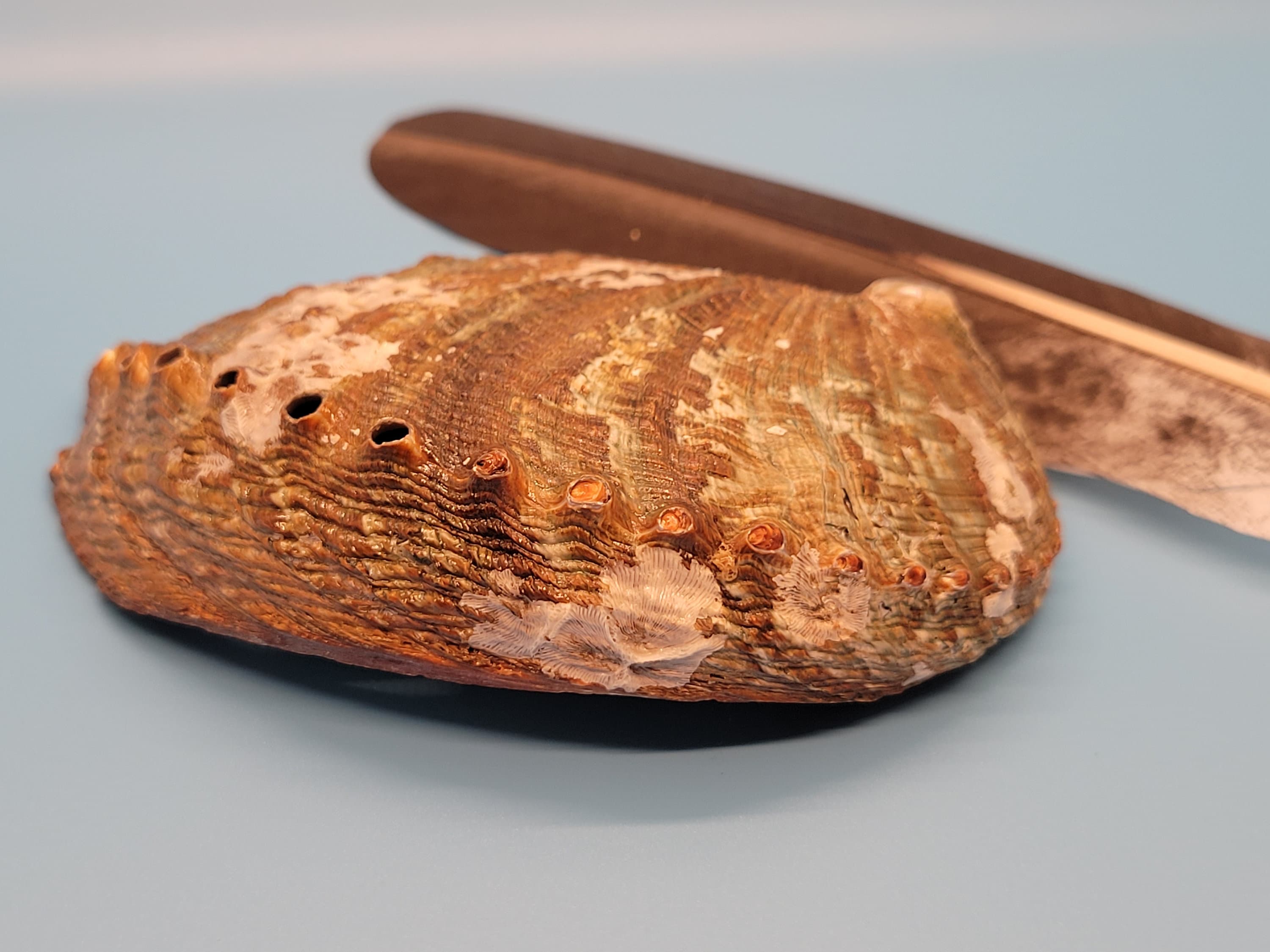 Abalone are mollusk-like ocean creatures in the snail family. The outer layer of their shells is matte and neutral in tone while the inside can be beautifully pearlescent and multicolored. Because of this, abalone is prized both as a food source and as a precious resource and natural material. Found around the world, abalone are indigenous to parts of North America, and have been harvested by Indigenous people from the US and Canada for centuries.


Every part of the abalone is used, and the abalone shell plays an important role in many Indigenous cultural traditions, including being used as a smudge bowl. Smudging is a traditional cleansing ritual that has been used by Indigenous people around the world for centuries, and involves the burning of sacred herbs and medicines to produce a cleansing smoke. A smudge bowl is used to catch the ash produced during the smudging ritual, and to save the burned medicines to be used the next time you need to cleanse.

I gladly accept returns and exchanges

Ship items back to me within: 30 days of delivery

But please contact me if you have any problems with your order.

The following items can't be returned or exchanged

Because of the nature of these items, unless they arrive damaged or defective, I can't accept returns for:

0 items in your cart