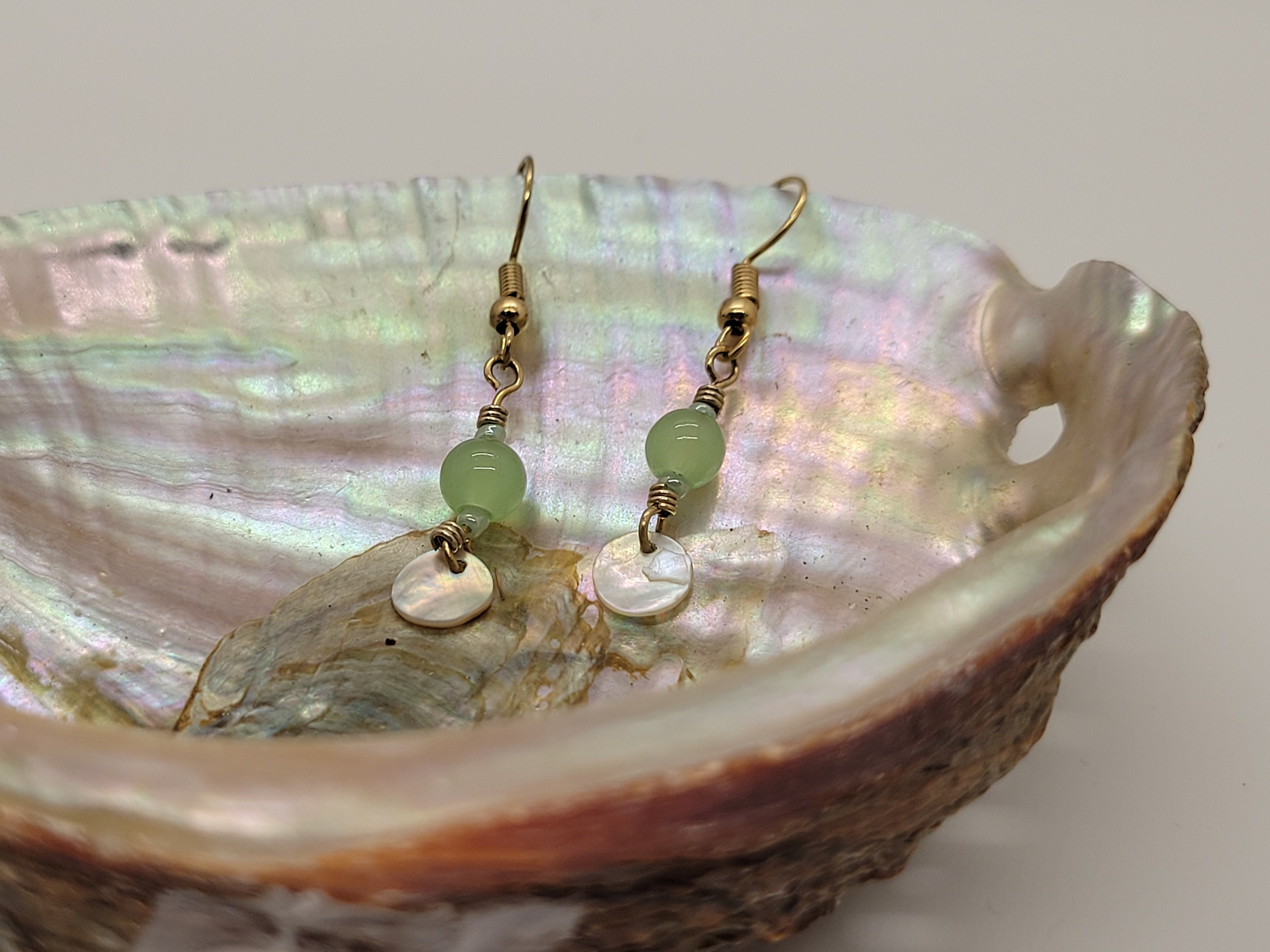 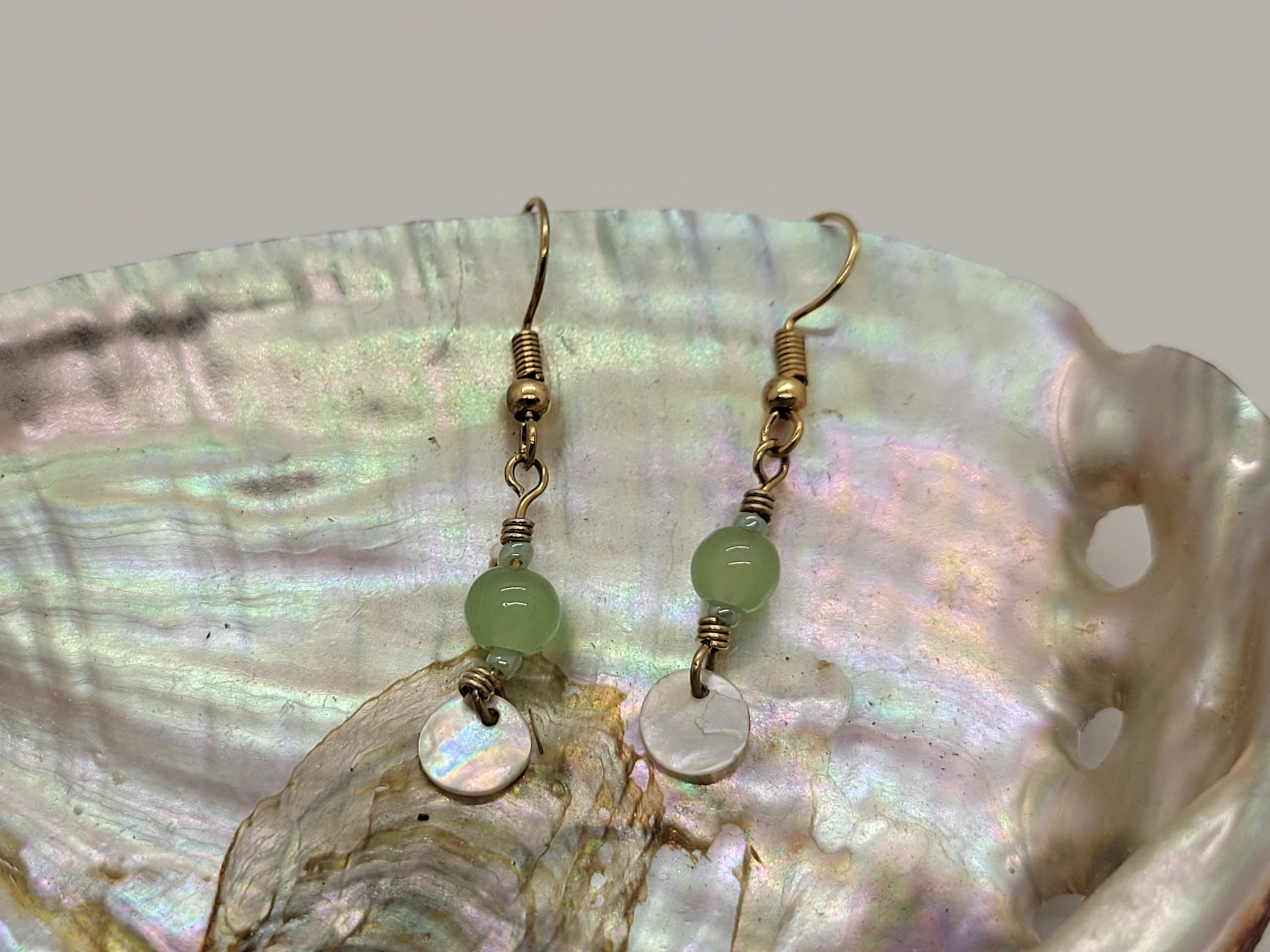 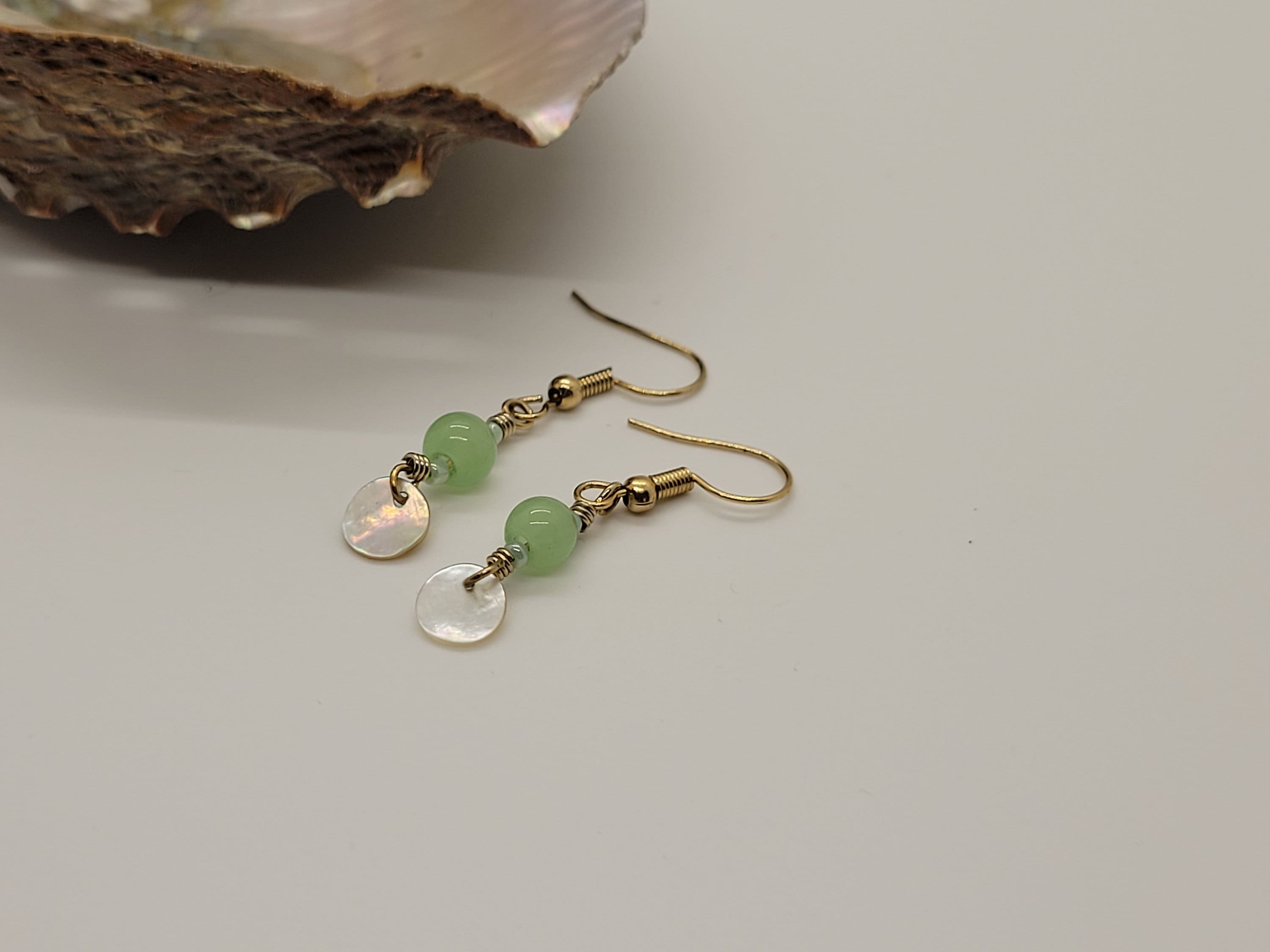 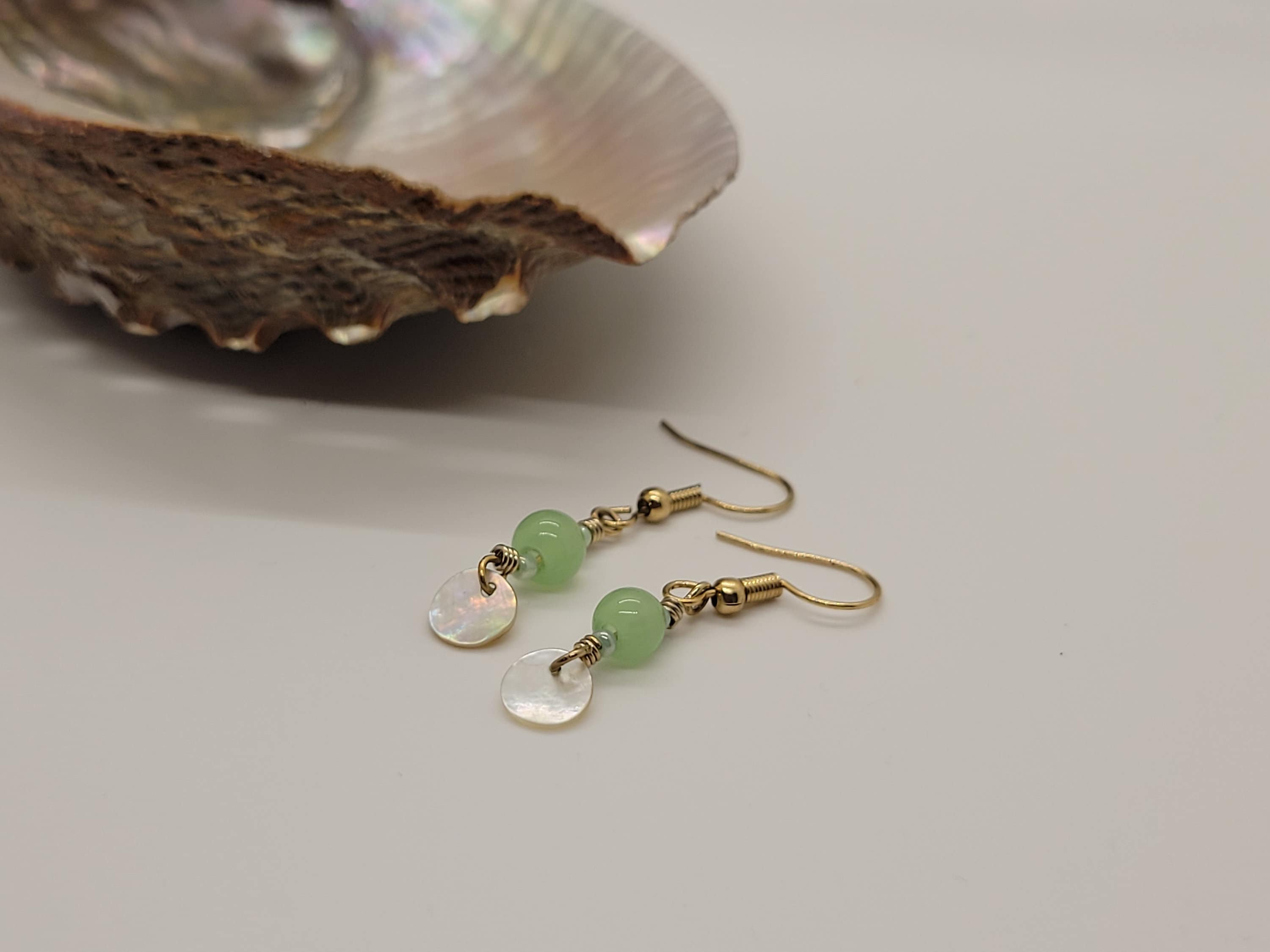 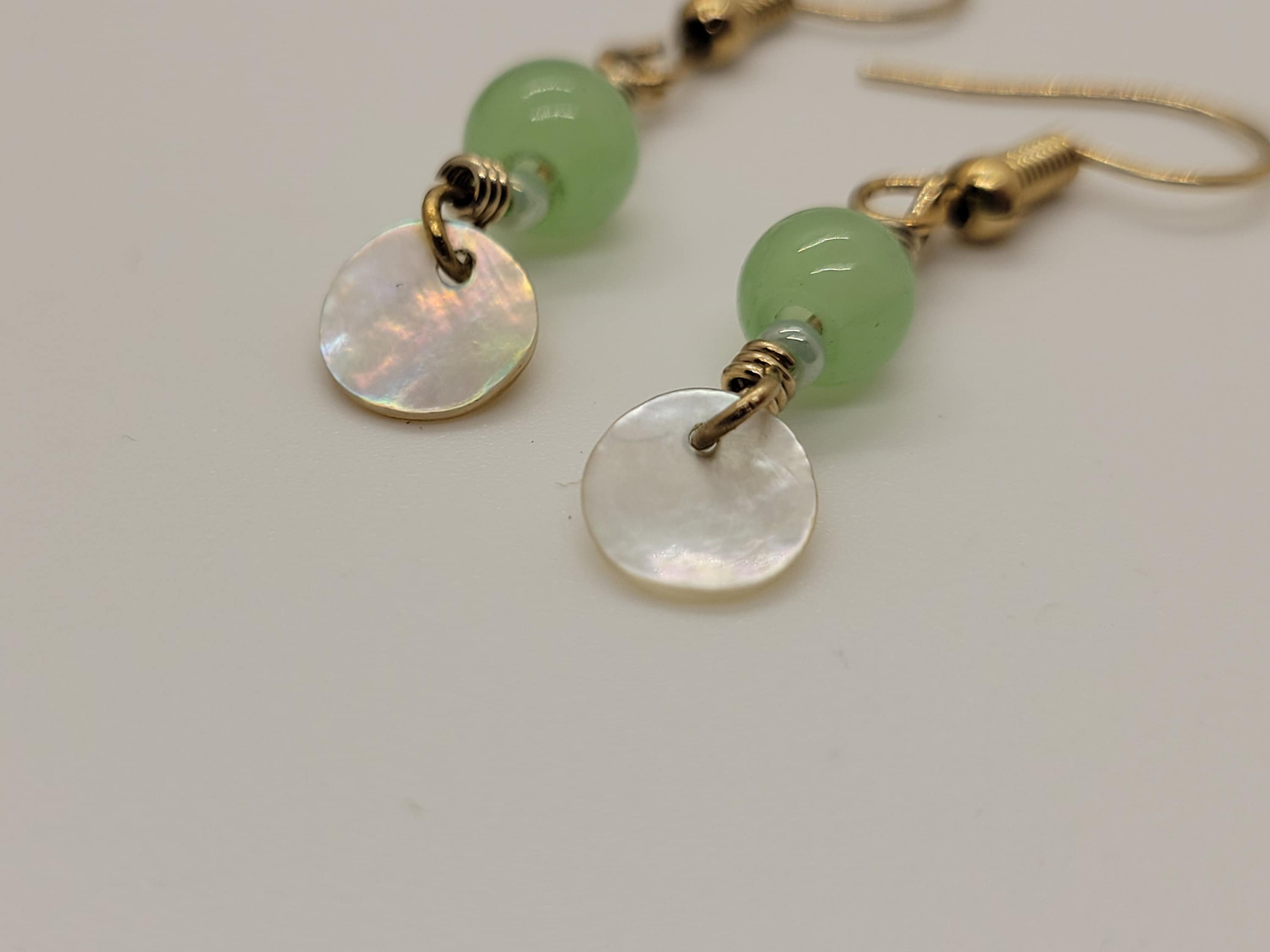 Delicate hand cut disks of the sacred mother of pearl from abalone shells grace these understated 1.25" dangles on gold hooks.


In some Native cultures, the shell of the abalone is to burn sage.

The combined spiritual power of abalone and sage would take their messages to the creator.


APACHE NATION
There is an Apache story that explains the significance of this shell in their ancient culture.

The Apache nation believes there is a connection between the shell and the first woman - known as White Painted Woman. She is also known as Esdzanadehe or Changing Woman. She survives a flood in the shell of an abalone.

As the floodwaters recede, she walks the land. She is impregnated by the sun and has a son. This son becomes the Killer of Enemies, protecting her from evil.

She is later impregnated by the rain and births the Son of Water. At the end of the White Painted woman's life, she walks east until she finds her young self. The two merge, and in this way, she is born over and over again, through endless generations.

This is why the puberty ceremony for Apache girls - the Sunrise Ceremony, involves the shell of the abalone. It is a symbol of new womanhood fusing with previous generations of the White Painted Woman.

I gladly accept returns and exchanges

Ship items back to me within: 30 days of delivery

But please contact me if you have any problems with your order.

The following items can't be returned or exchanged

Because of the nature of these items, unless they arrive damaged or defective, I can't accept returns for:

0 items in your cart